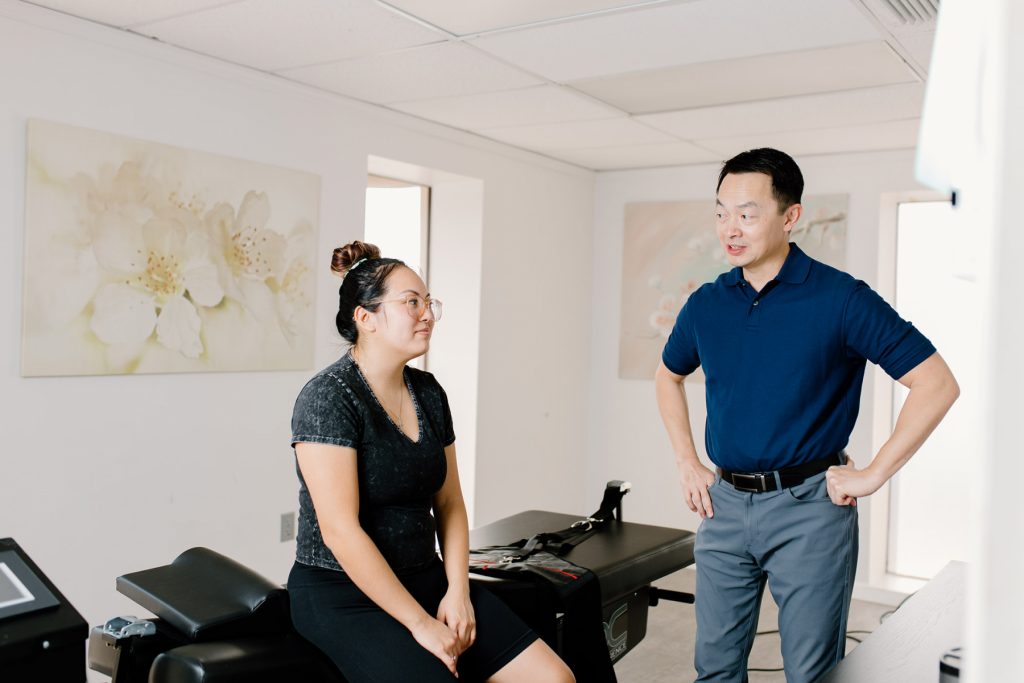 While your seat belt can keep you safe, it can still cause harm after your fender bender. Here’s how seat belts can cause minor injuries you don’t notice and why you should get it checked out.

Seat Belts and Your Safety

Did you know that once seat belts became a standard feature in cars, it led to an almost 50% decrease in fatal injuries from automobile collisions? Seat belts are designed to keep you safe in a car accident. They prevent serious injuries to the head and body by restraining the passenger. Seat belts are so effective at protecting the body that up to 80% of all car accident deaths could’ve been prevented by wearing a seat belt.

However, that doesn’t mean they can’t also cause harm. During a collision, especially at higher speeds, the force of impact creates tension at the attachment points on your seat belt. The transmission of force at these points cause minor injuries like bruising and even internal injuries.

Often, most people don’t think of a fender bender as a serious accident, but it can still have serious consequences. With fender benders, especially at higher speeds, you can still sustain injury, and seat belts injuries, though often overlooked, should be treated with the same caution and care.

Signs You Have Minor Injuries from Your Seatbelt

After your fender bender, you may not realize that you’re injured, but seat belts can cause minor injuries that go unnoticed. Oftentimes symptoms may not appear right away, or you might think they are not severe enough to accept medical care, but if unchecked those minor injuries could be a sign of something worse. Here’s the first signs you should look out for:

A seat belt sign is a pattern of brusing or an abrasion across the chest and abdomen where the seatbelt made contact with the body. If this happens, you could also have internal injuries to the heart or lungs.
9

Seat belt sydrome is similar to seat belt sign, but with the addition of injury to the spine and abdominal organs.
If you see a bruise forming in the shape of a seat belt bruise, seek medical care as soon as you can. You can take care of your seat belt or syndrome by managing the pain with over-the-counter medications and following your medical professional’s advice.

Sometimes seat belt sign or seat belt syndrome goes further than the surface. If you see the bruising pattern of a seatbelt, it could be also a sign of something else that shouldn’t be ignored:
9

Injury to Chest or Shoulders:

In high speed fender benders, a seat belt patterned bruise could be a sign of fractured ribs or soft tissue damage in the shoulders, chest, or sternum. If you have difficulty breathing, chest pain, or severe pain go to a doctor.
9

Lower organs, such as the stomach, liver, spleen, pancreas, and kidney, that aren’t protected by bones, are more vulnerable to injury. Higher force collisions can lead to intestinal perforation, a ruptured bowel, or internal tears. Symptoms may not occur right away, so if you have abdominal pain hours or even days after your fender bender get a medical evaluation.
9

Chance fractures or vertebral fractures can happen from the spine flexing and overextending. If you have back pain after your fender bender, seek medical help.
Even if you don’t have seat belt sign or seat belt syndrome, it’s possible you could still have internal injuries. After your fender bender or any other car accident, you should get yourself checked out just to be safe.

Symptoms to Watch For After Your Fender Bender

While seat belt sign or syndrome should be checked out as soon as possible, there are other symptoms that need medical examination as well. If you’re experiencing the following after your fender bender, seek medical attention.
9
Bruising spreads
9
Pain or swelling gets worse
9
Fever of 100 degrees or higher
9
Warmth, redness, swelling or bleeding around cuts and scrapes
9
New or worsening symptoms

How Essential Chirocare Can Help You

Seat belts can cause minor injuries, but they don’t have to become major problems. If you have lasting or chronic pain from your minor seat belt injuries after your fender bender, then we can help. At Essential Chirocare, our goal is to help our patients achieve a full and pain-free life.Don’t let car accident injuries hold you back, contact us to learn about what we can do for you. Together we’ll go further.

Explaining Pain After an Auto Accident

PAIN IS COMPLICATED, ESPECIALLY AFTER SOMETHING AS JARRING AS AN AUTO ACCIDENT. HERE’S A QUICK GUIDE ABOUT WHAT YOUR PAIN (OR LACK OF IT) MIGHT BE TELLING YOU.

A CLOSER LOOK AT OUR CONCIERGE CHIROPRACTIC SERVICES AND HOW YOU MAY BENEFIT FROM THEM.

Whether your pain and discomfort is longstanding or new, we are a Tampa chiropractor who will work with you to get to its root cause so that you don’t just feel well, but are well. Set up a consultation with us to get started.

Whether your pain and discomfort is longstanding or new, we are a Tampa chiropractor who will work with you to get to its root cause so that you don’t just feel well, but are well. Set up a consultation with us to get started.